It is possible that you may have an attraction toward a girl that has already got a boyfriend, and it would become complex if you start pursuing her. First, she would reject you if she has got deep attachment with him. Secondly, you have to deal with his angry guy. If you’re true about your feelings and give them a try, then you have to be extra careful and respect your and her feelings. Today, we’ll discuss how to attract a girl who has a boyfriend or how to get a girl that has already got a boyfriend.

How to Attract a Girl Who Has a Boyfriend – Steps

Some of the main steps on how to attract a girl who has a boyfriend are as follows;

Why You Want Her

Before going after a girl that is already involved in a relationship with someone, you should ask yourself why you want in terms of your feelings and emotions. You really think that she would be happier with you than with her current partner. However, if you only follow her because you like challenges and get back to her or his man, then it is not a good idea to mess up someone’s happy relationship. Such things don’t remain hidden for long, they would come to light one day or the other.

Finding Her Happiness in Relationship

Let’s face the fact, if she is deeply in love with his love, then you can’t win her heart, and she would say no. If she is feeling bored in her current relationship, or her partner doesn’t treat her with respect, then you should look for the signs without spying on her. If you find an opportunity and opening, then you should go for it. But you have to make sure that you’re right and she would be much happier with you.

If the girl you like doesn’t like you back, then you should look for common interests and passions as something to talk about. You should know her interests before making any move. While talking, you should observe her frequent touch, smile, giving you time, and how happy she is spending time with you.

Stop If She Says No

Getting romantically involved in a relationship with a girl that has a guy would complicate things, and it would create a lot of problems for you and her. Before taking any step, you should ask yourself whether you’re ready to face the pain that her current guy would cause her; or you’re confident that she would be happy with you.

Accompany Her As a Friend

After making sure that she would be happy with you. Next, you don’t have to jump on her and express your feelings, because you don’t want her to lose her mind. You should simply try to be friends with her, it would offer you an opportunity to get to know each other. In the meantime, you will find out whether the relationship is worth pursuing or not. You should make her feel relaxed and comfortable while talking to her.

The most important thing you should keep in mind is that the girl you like is not a target; she is a living and breathing human being. You should treat her with kindness and respect. If she doesn’t feel comfortable while being friends with you and involved in a relationship, then you should respect her boundaries.

While accompanying her and hanging out with her, you should pay all attention to her. You should let her speak and give her a chance to do most of the talking and carefully listen to her. For instance, if she says that she wants to be a pharmacist, then you should hear how she developed an interest in pharmacy. Instead of thinking about what you should do next; you should simply respond to her interest with questions and interest.

How to Make My Man Obsessed With Me

You can share your vulnerabilities with her, it would give her an idea of where you’re coming from. Perhaps she has got a better idea to help you out. Most importantly, it would make her think that you trust her and feel comfortable talking to her. For instance, you can admit your flaws and confide your secrete with her.

Flirt If It is Okay

If she feels comfortable talking to you, then you should flirt if she doesn’t mind. Try to make an eye with her while talking and laughing, and flirt with her. By flirtation I mean, you should joke and tease her, but you should do it naturally and be smooth with it. Avoiding saying anything mean and laughing at her would make her feel that you don’t care. It is better to show off your body language as open, relaxed, calm, and confident.

Show Her You Can be a Boyfriend

While accompanying her, you should present the best version of yourself before her in order to make her feel attracted. Don’t just limit yourself only to the likeness that she only likes you; instead, you should take one step forward and let her know that you can be a boyfriend and a good partner in the relationship.

For instance, if her guy remains serious and doesn’t joke around, then you should shine out this quality while talking to her and have fun and laugh with her. If he avoids her passion and interests, then you should show interest in her hobbies and passions, and encourage her to follow her dream.

Once you become closer with her, then find an opportunity to tell her that you want to be more than just friends with her. Tell her it is okay if she needs time to think about things. You should touch her hands or shoulders while talking in order to show your interest, if she feels comfortable, respond back, and then move forward. If you don’t feel confident doing so, then you should verbally express your feelings.

If she has got interested in you and she feels the same way how you feel, then she would respond back and affirm you positively. You should avoid putting any type of pressure on her, because if she is already in a tough position of choosing between your friendship and her boyfriend.

Since you have moved to the next step in the relationship from friendship, it is possible that you and your girlfriend may have mixed feelings and emotions. She would feel confused and guilty about leaving her boyfriend, you should make her feel comfortable expressing her feelings, doubts, and insecurities. You should listen to your girlfriend about the things that are bothering her.

Conclusion: How to Attract a Girl Who Has a Boyfriend

After an in-depth study of how to attract a girl who has a boyfriend; we have realized that developing a relationship requires a lot of work. If you’re going through a situation of getting a girl that has already got a boyfriend, then you should follow and practice the abovementioned tips and suggestions. 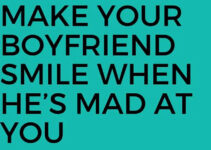 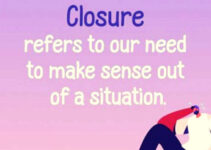