One of the most difficult and excruciating things a person has to experience in a relationship is infidelity and cheating. If you have feelings that your boyfriend is cheating on you, then you have to make sure that he’s actually committing infidelity before confronting and breaking up with him. Today, we’ll discuss how to deal with a cheating boyfriend that you love with step-by-step complete guidelines.

How to Deal with a Cheating Boyfriend that you Love

Some of the main steps in how to deal with a cheating boyfriend that you love are as follows;

First of all, you should discuss it with some mutual friends of you and your boyfriend that are familiar with your relationship. They would help you to make sure whether they have observed any unusual activity and sudden change in behavior or not. If they have noticed something, then they would empathize with you.

It’s a difficult topic to discuss when you let them and confide in them, you put trust and confidence in them, and they would help if they can. You should keep your temper under control while inquiring and making sure of the infidelity of your partner.

Also Read: How to build Trust in a Relationship

We’re living in a world of technology and social media channels, people don’t use written letters anymore, and tracking such paper letters would be useless. You should start checking the public and social activity and communication of your boyfriend in order to find some clues. You should keep your eyes and ears open about peculiar social media posts and odd incoming/outgoing calls.

If you’re in a relationship with your boyfriend over time, then you’re familiar with the pattern of your partner’s lifestyle. Any sudden change in the pattern is a major sign of infidelity. You should also pay attention to the massive changes that have happened in your relationship recently without any explanation.

Talk to your boyfriend’s cheating partner

If you are 100% sure and found the cheating partner of your boyfriend, then you should talk to the person before confronting your boyfriend. It’s because that particular person owes you an apology for jeopardizing your relationship.

Talk at a good time

You have to talk to your boyfriend about what has happened sooner or later. Do so when your boyfriend is free and doesn’t have anything to do. You should avoid talking to him at sleep time or lunchtime.

You can schedule to talk to him anytime whenever both of you are comfortable. You shouldn’t back out one you planned to talk. You should trust your instinct and stay calm while talking.

It’s emotionally a very overwhelming topic to confront your boyfriend about his infidelity. You may be highly stressed, depressed, or angry. You should call your friend in order to calm down. If you’re highly stressed, then it would take you to attack him and he would defend him. Keep in mind that the goal of confrontation is to let him know that you’re aware of his affair.

If you have evidence and certain, then you should just say that you’ve found out about his affair that he’s cheating on you. You can either talk to him in a questioning tone or in a confident tone. After that, wait for him to respond and explain his behavior.

If he rejects your argument, then you should present your evidence. If you don’t have solid evidence, then it becomes a very difficult situation whether you should trust your instinct or believe him.

You should inquire about all the details and other information in order to satisfy your suspicion. You should state questions like how long it has been going on, is in love, and what he plans to do next.

Now, you should understand his intentions about the relationship. Whether it was a mistake that he regrets and is willing to make up for it, or he wanted to break up but was a coward to do it face-to-face.

Your Reaction after knowing it

After confirming the affair and finding out the details, do you think that you can put up with him and proceed with your relationship? You shouldn’t make any decision based on emotions. You can say that you need time to think about things. You should also consider talking with your friends and family members.

Also Read: How to Rebuild Trust in a Relationship

If you can’t put up with his affair, then you should tell him directly that you want to break up with him. You don’t have to offer any explanation or tell him about your feelings. You should deliver the breakup in a calm tone, and avoid doing a vindictive thing because you’re feeling hurt. It means that you should avoid lowering yourself to his level because he was mean to you in the relationship.

Be careful if he’s violent

If your boyfriend has violent behavior, then you should tell him about the breakup in a public place. You should also inform your friends and family member know that you’re going to break up with them. Let them know if you don’t call in the next 10 minutes, they should call the police.

Take care of yourself

After the breakup, you may have various emotions to process things out. You should focus on yourself in terms of rebuilding your self-esteem and self-confidence. You should start participating in those activities that you used to love, connect with new people, and enjoy your life.

It’s important that you should take some time off before involving yourself in a new relationship. During this time, you should develop a deeper bond with your friends and family members.

Tell him how he can win your trust

If you plan to forgive your boyfriend and give him another chance, then you should let him know that he has to earn your trust back. It is better that you should create a list of things that you want your partner to do in order to repair the relationship.

For instance, your boyfriend started cheating after the drinking habit. Now, you should tell him that only you would give him another chance if he gets sober.

In order to rebuild trust in the relationship, you should tell him that you want him to communicate more and share things about his life. In fact, you should make it a pre-requisite. For instance, you should tell him if he’s out with his friends, then he has to inform her not to make the meal, go to sleep, and not to wait for him.

You should tell him about your feeling while he was committing infidelity. It would make him empathize with your emotions and feelings. If he started the affair after the disagreement, you should discuss this element as well.

If you’re getting back together, then you should set some ground rules that what you’re going to say and do this time. This is very important because he has to show and prove his commitment to the relationship.

For instance, he started the affair on the online platforms, if he is on the phone/laptop/computer, then you’ll check out his activity now and then. Now, the question is whether he is willing to compromise on the privacy issue or not.

If you want to fix things up in the relationship, but you don’t know how to do it, then you should consult a therapist and a professional to help you to get through it.

Conclusion: How to Deal with a Cheating Boyfriend that you Love

After an in-depth study of how to deal with a cheating boyfriend that you love, we’ve realized that either breaking up or getting back together is a process. If you believe that your partner is cheating on you, then you should observe various signs, and cope with it however you like or consult a professional. 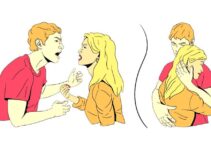 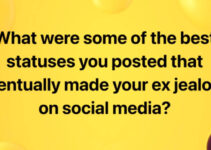 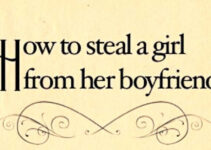