Developing and maintaining a relationship requires a lot of commitment. Some people are at a certain point in their lives that they don’t have time for it, and traditional dating is not their thing. However, they only want to hook up, enjoy physical intimacy, and have fun without any responsibility. Today, we’ll discuss various tips and a step-by-step guide on how to hook up with a stranger.

How to Hook Up With a Stranger – Top Tips

When it comes to asking someone, a complete stranger for hooking up may seem awkward. But modern societies and cultures have developed to a point wherever different people have a different views on the relationship. Some of the main tips and step-by-step guides on how to hook up with a stranger are as follows;

Let’s just say that you meet someone at a party or in a club, and you have maintained very good eye contact. If it makes you feel awkward to ask them for a hookup, then you should at least get their phone number in order to break the ice and get to know each other.

When you’re hooking up with a complete stranger, then you may be wondering why you shouldn’t care about the details of their life. It is important to know their relationship status because you don’t want to get involved in the love triangle of someone, ruin their happy relationship, and avoid any type of probable backlash later in the future.

Going to a Party

The best place to find and meet with your hooking-up partner would be the club or the party. You can easily find like-minded people in those places.

The most important thing you should in mind is that no one wants to be alone at the party or club. People like the company of others in the club or party. However, if you see a hot girl or boy that may seem a good fit and you find each other attractive. You should up to them whenever you find them alone in the corner somewhere without friends.

You are not going to hook up if you won’t make a move and ask them for it. Therefore, you should confidently ask him or her for the sleepover party in her or your place.

You should avoid wasting time and resources on becoming somebody that you are not. You don’t have to impress him or her with the things that you don’t have. It would be useless to do so because people know when you’re being real or fake. Therefore, you should be real and honest with him or her.

Don’t Inquire Too Much

In dating and the relationship, you discuss things, share ideas, get to know each other, and develop a connection with your partner in the long term. If you start inquiring about details from your hooking-up partner, then it won’t work. However, the reason they agreed to hook up with you is that they don’t have intimacy and connection in the relationship.

If you don’t know how to speak the hooking language, then you should use your body language in the form of sensual flirtation.

Both on the Same Page, Reconfirm

While making any move and getting closer to them, you should make sure that both of you are on the same page. It is because if you don’t ask for her consent, then it would cause legal liabilities later on.

Express What You Want

Don’t Want to Hook up – Signs

It is important to discuss some of the top signs when your partner is looking for something more and not just the hook-up. They’re as follows;

It is possible that they have got a lot of confusion in their mind and they aren’t sure what they want. In such cases, they won’t say it directly, and you should pay heed to their gestures, body language, and their words. You should make sure that they’re willing.

When the other person is equally willing, then they would talk dirty, make some moves, show some interest, and collaborate with you. These are the signs of affirmation when he or she is into it, but it is important to ask verbally to avoid wrong interpretation.

If he or she is insisting on inviting you to their apartment, then it shows their interest. If they visit your place, then it doesn’t mean “yes” and they came for a hookup. However, it is possible that they only came for a friendly visit. You should ask them first before doing anything.

If the other partner is equally willing into hooking up, then they would ask you first because they would read your vibes.

Conclusion: How to Hook Up With a Stranger – Top Tips

After an in-depth study of tips on how to hook up with a stranger; we have realized that hooking up with an unknown person requires a lot of due diligence and courage. If you’re planning to do it, then you should keep in mind the abovementioned tips and guidelines. 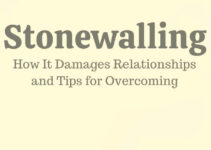